The Skin-Firming Secret Is Out!

Derma E supports ethical beauty products, but we understand that our customers need proof that our skincare products not only work but are as effective as other skincare brands. The research outlined below is clear evidence that our products do exactly as advertised!

In an eight-week independent clinical test, Firming DMAE Moisturizer was proven to be just as effective as Perricone MD® Face Finishing Moisturizer at visibly improving skin firmness, elasticity and hydration.

The Firming DMAE Moisturizer and Perricone MD® Face Finishing Moisturizer formulas were entered into an independent, double-blind clinical test. The study was conducted among 55 women aged 37 to 65. It was a split-face, double-blind test; one formula was applied on the entire left side and the other formula on the entire right side of the face simultaneously.

Determination of left versus right application was randomly assigned. Formulas were ‘blinded’ so that neither the study participants nor the clinical technicians were aware of the brands being tested but could identify them by a specific code. Results were measured by Corneometer and Cutometer devices at time points zero, four weeks and eight weeks. Participants also completed post-treatment comprehensive questionnaires.

Both quantitative and qualitative test results conclude that derma e® Firming DMAE Moisturizer is as effective as Perricone MD® Face Finishing Moisturizer at visibly improving skin firmness, elasticity and hydration after eight weeks of use. 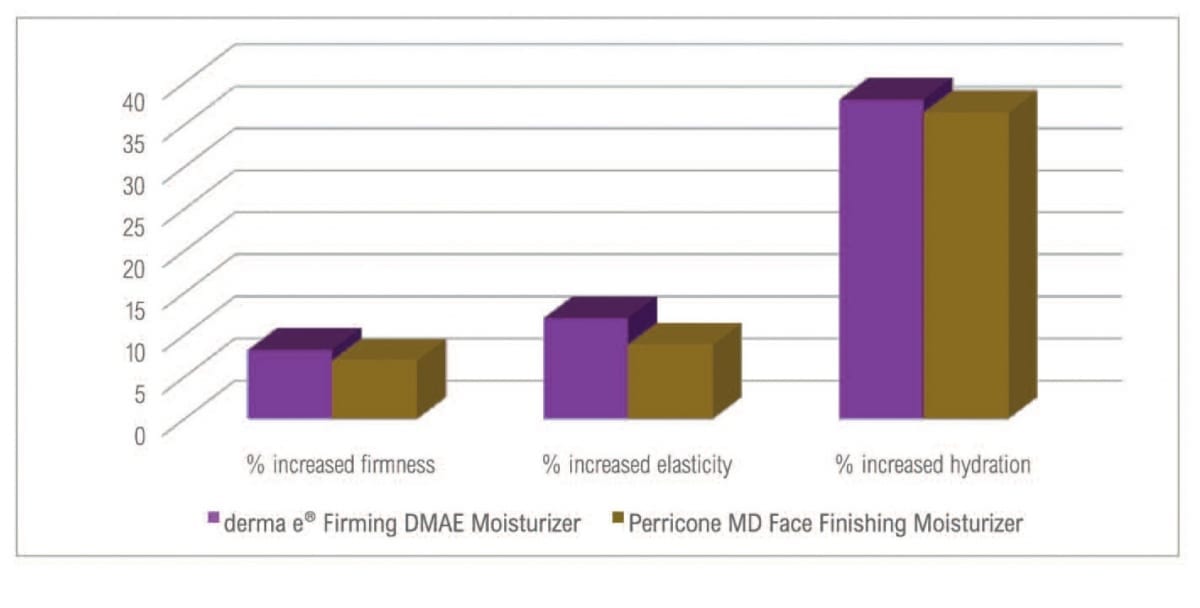 We put our best-selling eye crème to the test

To ensure our Hydrating Eye Crème with ultra-moisturizing Hyaluronic Acid lives up to its promise of promoting younger, smoother eyes, we put it to the test. Does it really live up to our ethical beauty standards by conquering dryness, fine lines, wrinkles and crow’s feet?

It’s the solution for sensitive skin 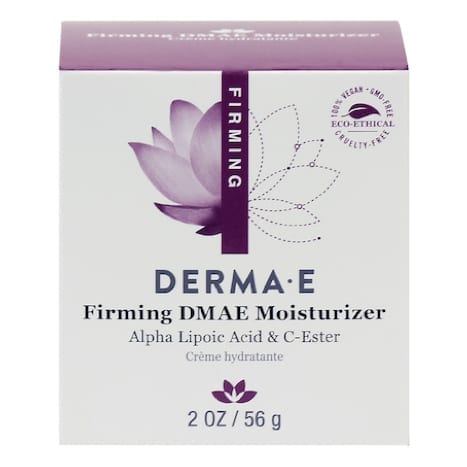 We put our best-selling eye crème to the test

To ensure our Hydrating Eye Crème with ultra-moisturizing Hyaluronic Acid lives up to its promise of promoting younger, smoother eyes, we put it to the test. Does it really conquer dryness, fine lines, wrinkles and crow’s feet? Here’s what we found.

Results measured after 12 weeks of use

So Long, Signs of Aging

Eye am Absolutely an Advocate

It’s the solution for sensitive skin

Results seen after one week of use:

And receive 15% OFF your first order

*We promise only emails relevant to you

This site uses cookies. By using this site or closing this message, you're agreeing to our use of cookies.

We may request cookies to be set on your device. We use cookies to let us know when you visit our websites, how you interact with us, to enrich your user experience, and to customize your relationship with our website.

Click on the different category headings to find out more. You can also change some of your preferences. Note that blocking some types of cookies may impact your experience on our websites and the services we are able to offer.

These cookies are strictly necessary to provide you with services available through our website and to use some of its features.

Because these cookies are strictly necessary to deliver the website, refuseing them will have impact how our site functions. You always can block or delete cookies by changing your browser settings and force blocking all cookies on this website. But this will always prompt you to accept/refuse cookies when revisiting our site.

We fully respect if you want to refuse cookies but to avoid asking you again and again kindly allow us to store a cookie for that. You are free to opt out any time or opt in for other cookies to get a better experience. If you refuse cookies we will remove all set cookies in our domain.

We provide you with a list of stored cookies on your computer in our domain so you can check what we stored. Due to security reasons we are not able to show or modify cookies from other domains. You can check these in your browser security settings.

These cookies collect information that is used either in aggregate form to help us understand how our website is being used or how effective our marketing campaigns are, or to help us customize our website and application for you in order to enhance your experience.

If you do not want that we track your visit to our site you can disable tracking in your browser here:

We also use different external services like Google Webfonts, Google Maps, and external Video providers. Since these providers may collect personal data like your IP address we allow you to block them here. Please be aware that this might heavily reduce the functionality and appearance of our site. Changes will take effect once you reload the page.

The following cookies are also needed - You can choose if you want to allow them: